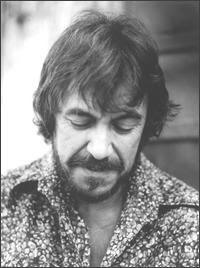 Songwriter Bobby Charles passed away this morning; the cause has yet to be determined. The writer of “Walking to New Orleans” and “See You Later Alligator” had struggled with ill-health for years, including back problems and a bout with cancer that was in remission. Those problems led him to miss a scheduled appearance at the Ponderosa Stomp in 2004 and Jazz Fest in 2007. Evidently he fell recently and was bedridden as a result. It was after that fall that he died.

He also wrote “(I Don’t Know Why I Love You) But I Do” which was recorded by Clarance “Gatemouth” Brown and received prominent placement in the Forrest Gump.

Charles had completed work on a new album, which is due out next month.

More when we know more.

For more on Charles, here’s Scott Jordan’s 1998 feature story on Charles, Geoffrey Himes’ guide to Charles’ writing, an interview Alex Rawls did with him in 2007, and a feature he wrote for Blurt after the release of 2008’s Homemade Songs. Here’s a review of Homemade Songs.