In Pictures: Second Weekend of Jazzfest 2010 (& Daze Between) 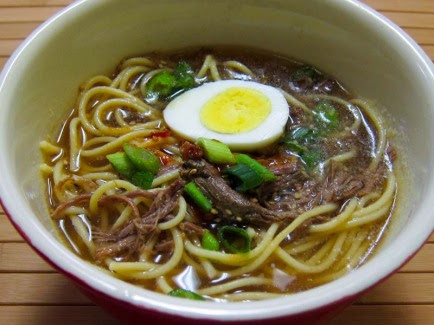 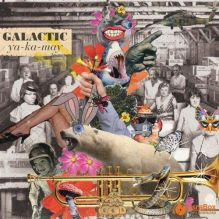 Galactic, a seriously funkdafied jazz quintet known for fusing the modern and retrospective musical styles of New Orleans, was featured in the latter scenes of the same episode. Galactic produces an avant-garde sound by incorporating progressive electronic techniques, and a wide range of musical genres, from hip-hop, rock, blues, to electronica. And thanks to my musically au courant boyfriend (who first introduced me to Galactic), I had a copy of their recently launched album, “Ya-Ka-May”, which so happened to be the perfect subject for my investigation.

Ya-Ka-May might just be the most entertaining original musical treat of the century (for the ears AND ass). You will never hear anything quite like it, and you will never otherwise see your booty bounce in such an uncontrollably delightful and inexplicably soulful manner. If you are sneakily procrastinating in an office with the type of cubicles that reach just above the shoulders, I suggest that you wait to get home before watching the two videos below. But if you are in an environment to safely act upon a bootyful call, by all means, listen/watch it all! **My favorite songs on the album are “Boe Money”, “Katey vs. Nobby”, “Double It”, and “You Don’t Know”, which are all not available online (for free). But check out the samples here.

The Rads' Jazz Fest set today, titled "The Radiators Pre-War Blues," was a recreation of a recent Tipitina's blowout called the Radz Bluz Weekend. Drawing on the band's sizable repertoire of classic blues, they played two nights on Napoleon Avenue this past October as a benefit for the Tip's Foundation; one night dedicated to blues songs from before World War II, the other night to those recorded after.

At the Fest today, obviously, they chose to re-enact the pre-war set, but - anachronistic as it may have been - acoustic it was not. It salved the wound of missing Allen Toussaint's guest spot during Levon Helm's set quite a bit to see Ed Volker pound his electric piano during the traditional "Delia's Gone" - with the crowd dancing and spinning in the aisles, the set brought to mind Grateful Dead shows of yore (emphasis on the Dead's "American Beauty" - style blues-rock, not so much the spacey noodling.) Guitarist Camile Baudoin's fingers flew over a wild solo during an electrified, stomping closing cover of Blind Willie Johnson's "Let Your Light Shine On Me."

Ed Volker is a huge collector of vintage blues, and bassist Reggie Scanlan has done his time backing classic blues artists on California's chitlin circuit years ago, but this set was, happily, all the way Rad-icalize

NPR: A Blog Supreme Chaz And Heritage - The Tin Men 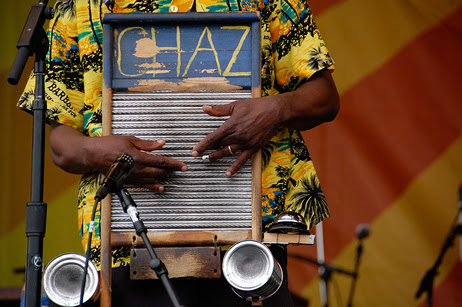 A funny thing happened on the way to New Orleans Jazz And Heritage Festival on Saturday: it stopped raining. The looming tornado watch and 80% chance of precipitation for the city subsided by day's end, and the music continued uninterrupted.

Of course, there was plenty of mud from the preceding day's oversaturation. I sloshed my way through the photo pit at the Acura main stage for a chance to see Tin Men, a trio of washboard, sousaphone and guitar that bends the street-busking aesthetic into a sophisticated, countryfied version of New Orleans music.

Chaz Leary, his middle and ring fingers pressed inside metal thimbles, played his handmade washboard, an instrument that includes two cans and a hotel clerk bell. Together with Matt Perrine and Alex McMurray, two members of the defunct-but-beloved local band, Royal Fingerbowl, Tin Men opened what had to be their largest stage performance ever. Throngs of people had already set up camp here, in anticipation of the Simon and Garfunkel set that would close the festival in another seven hours.

Would this music translate to such a diffuse environment?

Affirmative. Tin Men made some eclectic but inspired choices for their set, opening with Jimmy McHugh's "On the Sunny Side of the Street," before moving on to Danny Barker's "Palm Court Strut" and "Holy Cow," an Allen Toussaint song popularized by singer Lee Dorsey. Chuck Berry's "Maybelline," a Sousa march, and Dirty Dozen Brass Band's "Blackbird Special" were also among the tunes.

These Tin Men didn't need heart. They had plenty to spare.

Email ThisBlogThis!Share to TwitterShare to FacebookShare to Pinterest
Labels: wwoz

Will New Orleans be the New Musical Capital of the World? 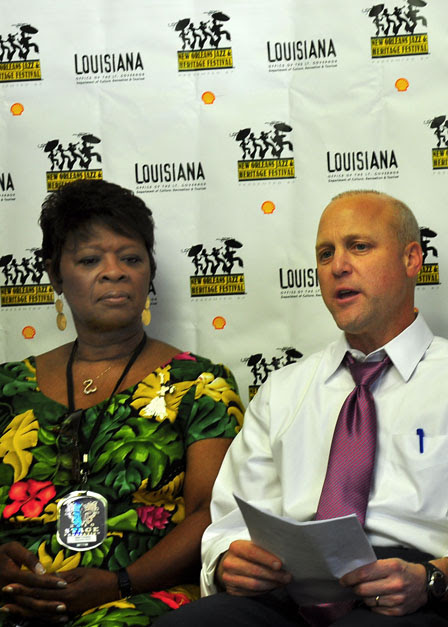 Landrieu’s central question for the panel concerned how and why New Orleans and Louisiana have failed to capitalize on their unique culture, music and art, and also why other outside entities have been able to do so.

For Terence Blanchard, a musician with a storied career who also now serves as the Artistic Director at the Thelonious Monk Institute of Jazz in New Orleans, the answer could be found in something Herbie Hancock told him after Hurricane Katrina decimated the city. “New Orleans is the heart and soul of American music,” the seminal Chicago jazz musician told Blanchard. “Whatever New Orleans does, the rest of the country follows.”

Jan Ramsey, the activist and influential publisher of Offbeat magazine, focused on the roles brands play. “The challenge is to take our culture and make the business people recognize what New Orleans brings,” she told the panel. Ramsey cited the ubiquitously referenced HBO series Treme as a good example of ways to expose a new audience to what New Orleans brings. Ultimately, she said, New Orleans’s “resource is culture, not money.”

Outside as the day’s storms began to rage, Landrieu reminded everyone that Jazz Fest is a business—and behind that business are 800 other small businesses: the food vendors, crafts sellers, and the musicians themselves.

Paul Arrigo, the President of the Baton Rouge Convention and Visitors Bureau, told the panel about the process for creating the largest outdoor country festival, Bayou Country SuperFest. The effort brought together the diverse entities of the music indusrtry, sports industry, Lousiana CVB and Lousiana state government. Kicking off its inaugural year in Baton Rouge at LSU’s Tiger Stadium on May 29 and 30, it would seem to be a major win for the state.

But even with successes like Treme, SuperFest and Jazz Fest close at hand, the topic which kept surfacing among the group was why cities like Nashville and Austin have so successfully monetized music and New Orleans, no doubt richer in musical history and with a more embedded musical life in the culture, has failed. Ramsey brought up the importance Nashville places on songs and songwriting, often the driving forces of monetization in the music industry. Nick Spitzer, the host and producer of the American Routes radio program, said New Orleans “needs to focus on quality of delivery.” Similarly, Blanchard pointed to the fact that the large pool of talent in the city needs to be identified as “one brand.”

These points and others were insightful, but none seemed to present the magic bullet answer to how New Orleans would monetize (without commercializing) their music and culture.

The musicians seem to be doing their part, they insisted. Thomas and Blanchard both discussed the strong reactions of fans throughout the country and the world when they bring their distinctive New Orleans style on the road. Perhaps the answer lies not in the insularity of the music and musicians, but rather in the insularity of the music industry in New Orleans. The panel continued to bring up Nashville, the thorn in New Orleans’s side.

With monetizing the music industry firmly on the agenda of Landrieu, it will be interesting to see if by doing more business with the established entities in major music markets like Nashville, Los Angeles and New York, whether New Orleans will find better ways to profit off its art. After all, Landrieu said, “New Orleans is the musical capital of the world. We just don’t call ourselves that.”

Looking Back at Jazz Fest Weekend One

By Scott Bernstein on Jazz Fest

ouse over to hear the quotes 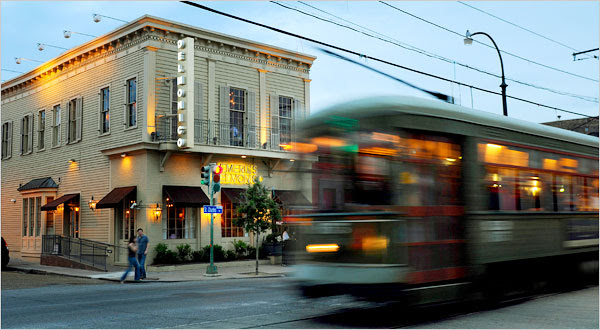 IT is the siren call of a magnificent, broken city: “This, here, is the real New Orleans.”

Spend any time sweating through a shirt and walking slow and purposeful along Magazine Street toward a Sazerac before dinner, and you’ll hear the cry, in this bar or that one. You’ll hear it on the radio, driving the high-rise bridge over the Industrial Canal, someone spinning funk on WWOZ and talking about New Orleans soul. You’ll see it in the defiant eyes of a man lurching out of a second line in Pigeon Town.

In Pictures: Instruments A Comin' @ Tipitina's 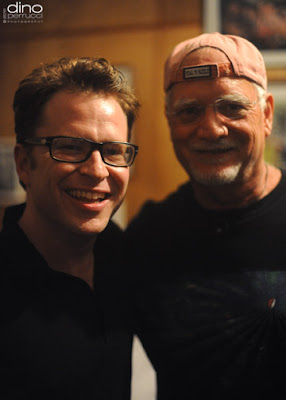 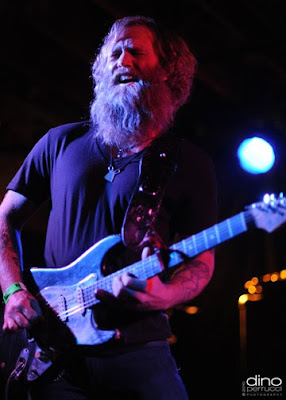 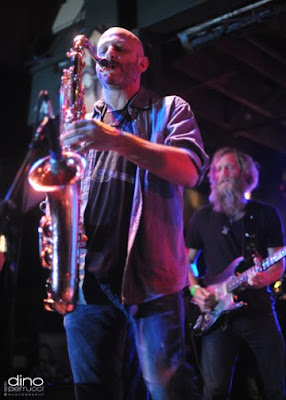 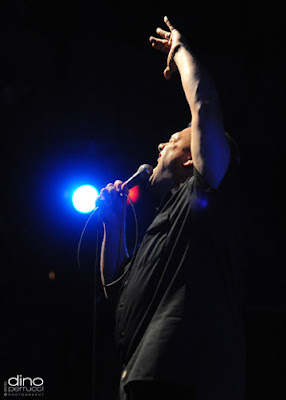 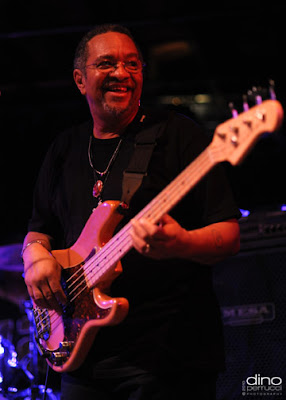 (ed. note: I was front row for this, but only took iPhone photos. Incredible show.)