It's no stretch to say that The Meters singlehandedly defined New Orleans funk. Performing and recording their own music throughout the latter half of the '60s and into the '70s, this seminal group laid the foundation for what is now a ubiquitous genre, influencing countless funk musicians with their earthy, down-home style. Tracks like "Cissy Strut," "Look-Ka Py Py," "Sophisticated Sissy," and "Chicken Strut" are staples of the funk genre, and the band's work backing artists like Dr. John, Robert Palmer, Lee Dorsey, and even Paul McCartney is instantly recognizable. The Meters' sound also provided a jumping off point for much of the hip-hop of the '80s and '90s, with rap luminaries like LL Cool J, Big Daddy Kane, Run DMC, Ice Cub, Public Enemy, A Tribe Called Quest, and more sampling the band's tracks.

Formed in 1965, the original Meters lineup featured keyboardist and vocalist Art Neville, drummer Joseph "Zigaboo" Modeliste, guitarist Leo Nocentelli, and bassist George Porter Jr. After a few months playing under the name Art Neville & The Sounds, the band was hired by famed producers Allen Toussaint and Marshall Sehorn as the house band for their Sansu Enterprises label. The Meters did most of their backing work for this label. They also performed and recorded on their own, releasing Top 40 instrumental hits on both Josie Records and Reprise Records well into the '70s. Although they never truly broke into the mainstream, by the middle of the decade, The Meters were a huge hit among the music intelligentsia.

The Meters broke up in 1977, and all of their members went on to find significant success elsewhere in the music business. Neville gained fame as part of The Neville Brothers, Modeliste toured with Ron Wood and Keith Richards, and both Nocentelli and Porter started new bands and became in-demand session players. In recent years, various iterations of the original Meters lineup have reconvened for numerous one-off shows, including full reunion performances in 2005 and 2011. Tonight at B.B. King Blues Club, Modeliste, Nocentelli, and Porter reunite as The Metermen and join forces with Phish keyboardist Page McConnell - a musical titan in his own right - for a historic two-night run.
Zigaboo Modeliste Website
Leo Nocentelli Website
George Porter Jr. Website
Page McConnell Website
No comments:


NY AREA- THERE WILL BE A MEMORIAL PARADE/2ND LINE TO HONOR UNCLE LIONEL ON THURSDAY JULY 26TH AT 6:30- GATHER AT JOSIE ROBERTSON PLAZA AT LINCOLN CENTER. THE PARADE WILL BE LED BY THE RED BULL STREET KINGS OF NEW ORLEANS AKA THE STOOGES BRASS BAND. PLEASE COME OUT AND HONOR UNCLE, BRING WHITE HANDKERCHIEFS, 2ND LINE UMBRELLAS, LARGE PICTURES OF UNCLE IF YOU HAVE THEM, YOU ARE WELCOME TO ANY OF THE PICS ON MY PAGE- IF YOU KNEW UNCLE, I KNOW YOU WILL BE THERE, IF YOU DIDN'T, BUT WANT TO EXPERIENCE AN AUTHENTIC VERSION OF HOW NEW ORLEANS HONORS HER LOVED ONES, COME OUT. IF YOU HAVE VIDEO SKILLS, PLEASE HELP US DOCUMENT SO WE CAN SHOW THE FAMILY. PLEASE SHARE THIS WITH ALL YOUR FRIENDS AND LET'S SHOW UNCLE HOW MUCH WE LOVE HIM.  C'MON, ALL Y'ALL- BE IN DAT NUMBER- TO BE FOLLOWED BY A FREE SHOW ON THE PLAZA BY THE STOOGES.
No comments:

NY Times: A City Pays Its Respects [for Uncle Lioen]

The drums could be heard first and then the brass, and then, far down the street in the twilight, people could be seen dancing and swaying, the bells of sousaphones above them like halos. New Orleanians paraded in homage to Lionel Batiste, known to everyone for decades as Uncle Lionel, to many simply as “Unc.” 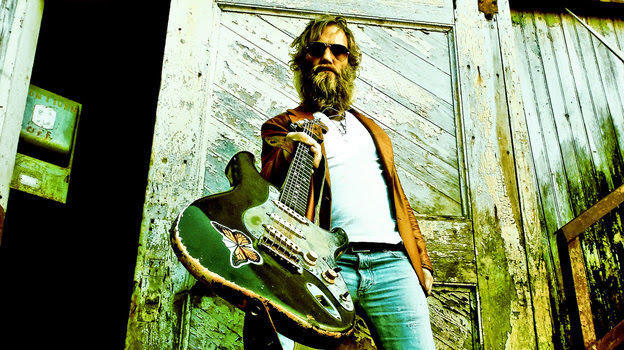 Originally from Sweden, Anders Osborne left his home in Uddevalla at 16 to hitchhike through Europe, North Africa, the Middle East and Asia. Eventually finding his way to the U.S., the singer-songwriter and guitarist settled in New Orleans in 1984. The Crescent City clearly came to inspire Osborne's music, which ranges from muddy backwater blues to upbeat country-rock, and fills in many of the gaps in between.


Osborne has been featured on albums with the likes of Keb' Mo', and his song "Watch the Wind Blow By" earned country star Tim McGraw a No. 1 hit. In May, Osborne returned with a new album, Black Eye Galaxy. Here, he sits down with World Cafe host David Dye to discuss the benefits of sobriety on his general state of mind during the recording process and his performances.


"I can tell a little better when [a recording is] translating during a performance, and when I get into a control room and listen back," Osborne says. "Even during the actual performance, I can feel myself being aware of my vocal performance much better than I used to be."

NY Times: New Orleans Celebrates the Life of a Bandleader 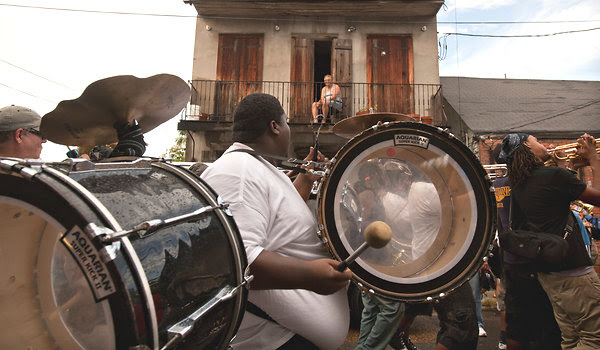 NEW ORLEANS — The drums could be heard first and then the brass, and then, far down the street in the twilight, people could be seen dancing and swaying, the bells of sousaphones above them like halos. Shuffling back and forth at the front of the parade was a paint horse named Sunshine that somebody taught how to dance.

This was Day 2 of the party that has lasted over a week in the Treme neighborhood. On some nights there have been small, informal parades like this one; on other nights people from around the city and even tourists have flocked to this neighborhood, New Orleans’s cultural and musical heart, to see or be a part of a certain kind of celebration that takes place almost nowhere else.

On the nights between the death and the burial of one of their colleagues, musicians gather to play and remember. This culminates in the funeral procession, one of those local traditions that is featured in the city’s marketing materials but is no less old and true for it. People still talk about processions from years past, but in terms of size, the one coming up this Friday may be among the largest in recent memory.

“The way things is going, this is probably going to be the biggest,” said Action Jackson, a D.J. who follows cultural events for the local radio station WWOZ.

The man being laid to rest is Lionel Batiste, known to everyone for decades as Uncle Lionel, to many simply as “Unc.” Mr. Batiste, who was 80 when he died of cancer on July 8, was the singer, bass drummer and assistant grand marshal for the Treme Brass Band. He was also one of the great New Orleans personalities, the face of Treme and a consummate man about town.

50% Off Tickets for Malone Brothers Cruise 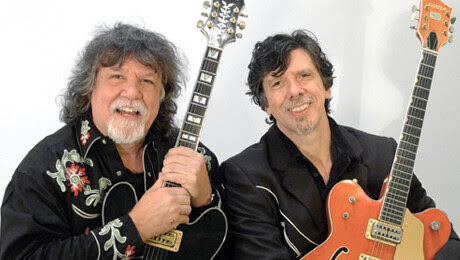 
Take in the sites of New York City and the sounds of Louisiana with this unique, scenic cruise featuring live music from The Malone Brothers, made up of sibling guitarist-singer-songwriters Dave Malone from The Radiators and Tommy Malone from The Subdudes. This Rockin' the River concert cruise sails by such New York City landmarks as the Statue of Liberty and the Brooklyn Bridge while keeping the party going with a cash bar, so make sure to bring your camera, your dancing shoes and your rock 'n' roll spirit!
No comments:

By Keith Spera, The Times-Picayune


"Uncle" Lionel Batiste, the Treme Brass Band’s longtime bass drummer and a beloved, dapper character who reveled in charming women of all ages on the dance floor, died early Sunday at Ochsner Baptist Medical Center after a brief battle with cancer. He was 80.

Mr. Batiste was an iconic figure in the brass band community and the larger world of New Orleans music. With his omnipresent sunglasses, a wristwatch worn across his hand, and his kazoo, he literally moved to the beat of his own drum.