Blueprints and design have just been completed for a visitors’ center dedicated to the life and artifacts of Louis Armstrong, according to Michael Cogswell, director of the Armstrong House and Museum, in Corona, Queens. The center will take a year and a half to build, and will sit across the street from the three-story brick house on 107th Street, which has been open to the public since 2003.


It will contain Armstrong’s copious collection of personal artifacts, which for reasons of space and preservation has mostly been housed at the Benjamin S. Rosenthal Library at Queens College, several miles away. The collection includes 20 linear feet of letters and papers (Armstrong was an enthusiastic correspondent, even with fans he’d never met), trumpets, photographs and scrapbooks, more than 700 reel-to-reel tapes whose boxes he decorated with colorful collages and a chunk of the banister from the Colored Waifs’ Home for Boys in New Orleans, where he lived in 1913 and 1914. Since last Wednesday, much of the astonishing material has been viewable at the Museum’s Web site, louisarmstronghouse.org. 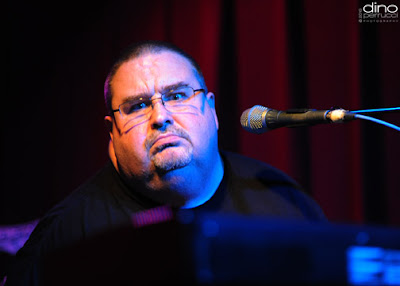 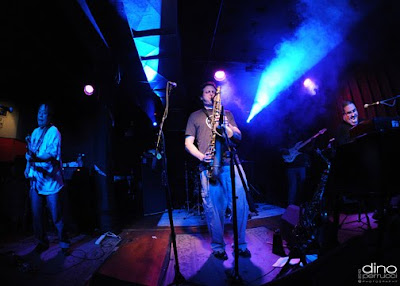 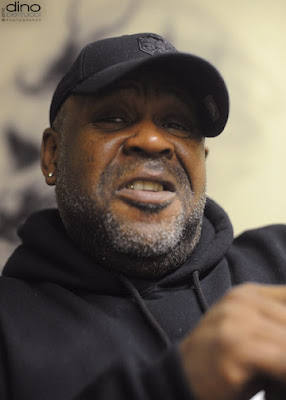 Jon Cleary is a pianist/keyboardist based in New Orleans. Originally from England, Cleary developed an early passion for New Orleans music. He has backed up many NOLA legends including Ernie K-Doe and Snooks Eaglin . He has also been a member of Bonnie Raitt’s band. He also leads his own band, Jon Cleary and the Absolute Monster Gentlemen. He’s also very busy. 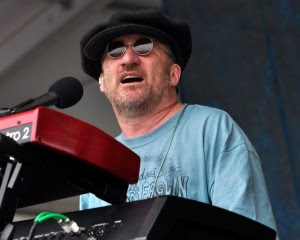 Listen to the full interview here.

By Keith Spera, The Times-Picayune

He’s in the right place, at the right time. Mac “Dr. John” Rebennack, an icon of New Orleans music in all its permutations for five decades, is among the 2011 Rock and Roll Hall of Fame inductees.

He’ll be inducted in the Hall of Fame’s performer category alongside Neil Diamond, Alice Cooper, Tom Waits and Darlene Love at the Waldorf Astoria in New York City on March 14.

With his induction, Malcolm “Mac” John Rebennack Jr. joins a relatively short and prestigious list of New Orleans honorees. He is only the third New Orleans-area inductee in the main “performer” category. Fats Domino was included in the Hall of Fame’s inaugural class of 1986. The only other local “performer” to be inducted is Lloyd Price, who is technically a native of Kenner.

Dave Bartholomew, Domino’s producer and co-writer, was inducted as a non-performer, as was producer, songwriter and pianist Allen Toussaint.

Prolific drummer Earl Palmer was honored in 2000 as a sideman. Louis Armstrong, Mahalia Jackson, Professor Longhair and Jelly Roll Morton are all enshrined in the Hall of Fame as “early influences.”

One of two 2011 inductees in the non-performer category also has ties to New Orleans. Art Rupe founded Specialty Records in Los Angeles in the 1940s. He tapped into the deep talent pool in New Orleans by releasing Lloyd Price’s “Lawdy Miss Clawdy” and Guitar Slim’s “The Things You Used to Do,” as well as classic singles by Little Richard.

Elektra Records founder Jac Holzman will also be inducted as a non-performer. Pianist, singer and songwriter Leon Russell, currently enjoying a revival thanks to his hit collaboration with Elton John, “The Union,” will receive the Award for Musical Excellence (previously the sidemen category).

Artists are eligible for inclusion 25 years after the release of their first recording. This year’s inductees were chosen from a larger pool of nominees that included Bon Jovi, the Beastie Boys, LL Cool J, the J. Geils Band and Chic. More than 500 members of the Rock and Roll Hall of Fame Foundation voted on the inductees; voters included Keith Richards and B.B. King.

Rebennack has enjoyed a long and colorful life in New Orleans music. As a teenager, he haunted New Orleans recording studios, contributing to sessions on guitar and eventually producing records and writing songs. A gunshot wound to a finger hastened his switch to piano as his primary instrument.

In the 1960s in Los Angeles, he developed his Dr. John the Night Tripper character with expatriate producer and songwriter Harold Battiste. Dr. John borrowed equally from voodoo imagery and psychedelic rock. “Gris-Gris,” his debut as Dr. John, is considered a classic New Orleans album.

He sang his hit “Such a Night” as part of The Band’s legendary Last Waltz concert. Allen Toussaint produced Rebennack’s “Right Place, Wrong Time,” which featured the Meters as his backing band.

He continued to intermingle funk, his take on New Orleans rhythm & blues standards, and solo piano excursions. Along the way he battled a years-long heroin addiction and developed his own peculiar “fonkified” variation on the English language. He blurs lines between musical genres as well as races.

In 1992, he assembled an all-star cast to record “Goin’ Back to New Orleans,” a primer on the history of New Orleans music that is one of the most satisfying local releases of the past 20 years. His solo piano recordings are also justifiably acclaimed.

At age 70, he remains extremely active despite a number of health issues in recent years. He and his formidable band, the Lower 9-11, maintain a busy performance schedule around the world; they’ll log two nights at Tipitina’s on Dec. 29-30.

He released his latest CD, “Tribal,” this year. He also sings “Down in New Orleans,” the opening song on the soundtrack of “The Princess and the Frog,” the Disney animated film set in jazz era New Orleans.

Matthew Hinton / The Times-PicayuneMac "Dr. John" Rebennack speaks out against BP at a rally in New Orleans' Jackson Square on May 30, 2010.

In the wake of Hurricane Katrina, Rebennack emerged as an outspoken, at times angry, advocate of the city and a critic of what he perceived as the shabby official response to the disaster. His 2008 CD “The City That Care Forgot” dealt directly with that subject.

More recently, he has criticized BP for its response to the Gulf of Mexico oil spill, and worked to keep the lingering effects of the spill in the news.

Eventually all inductees are represented at the Rock and Roll Hall of Fame and Museum in Cleveland, Ohio. The March 14 induction ceremony will be broadcast from New York on the Fuse network.

As Rebennack, Russell and Waits all know their way around a keyboard, look for the piano to take center stage in the culminating jam. And with Rebennack in the house, it'll be fonky. 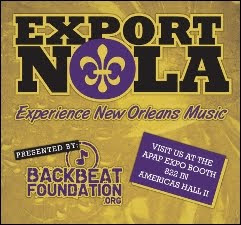 We are pleased to announce the 3rd Annual Export NOLA: Experience the Music of New Orleans. The shows will take place at Sullivan Hall and The Bitter End on Friday January 7 and Sullivan Hall Saturday January 9. 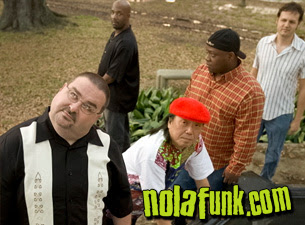 Kermit Ruffins takes a drive through the streets of New Orleans in a Lexus on his way to his regular Thursday night gig at Vaughan's. Watch out! Pick up his latest CDs, Happy Talk (currently #5 on the Billboard Jazz Chart) and Have A Crazy Cool Christmas (featuring the original hit, A Saints Christmas).

The Vinyl Word: Memories of the Mother In Law Lounge

Mother in law Lounge in New Orleans is finally closing - for real.

The chance of seeing Ernie K-Doe at Jazzfest was a prime reason for me going to New Orleans for the first time in 1989, and in subsequent years up to his death in 2001. I went to the Lounge several times and it's sad that it is shutting down. It was a shrine to Ernie, with dozens of rather tacky K-Doe souvenirs, historic photos and his life sized mannequin taking pride of place. Under Antoinette K-Doe's energetic management it became quite a trendy night spot for a while, but once she died the end of the Lounge was an inevitability. I'm glad I and other Woodies made a pilgrimage there during out Stompin' trip in the spring.

In homage to Ernie and the Mother In law Lounge, here are some of the K-Doe related photos I've taken over the years. First, here's K-Doe in typical slightly dishevelled pose at Jazzfest in 1989. 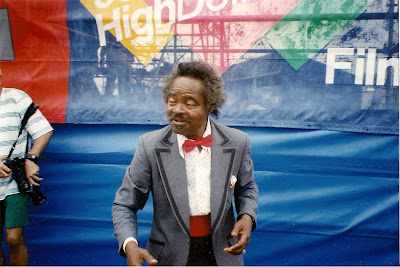 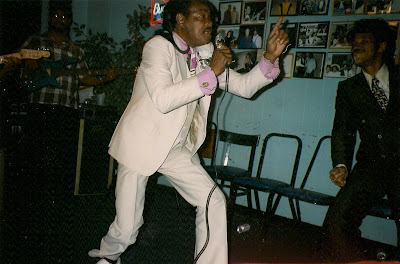 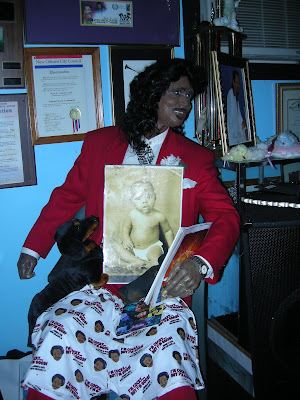 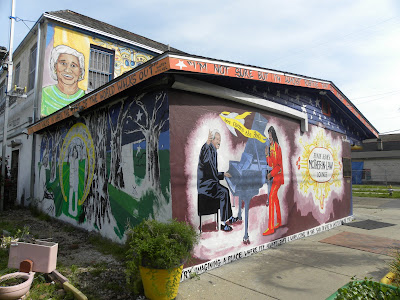