Play Hard for the Big Easy

Part of the Brooklyn Academy of Music's 2010 Next Wave Festival, the Red Hot + New Orleans program promises a multigenerational look at the music of the Crescent City. Trombone Shorty, as Troy Andrews is known, is the two-night event's curator and musical director, and he says New Yorkers may be surprised at what the all-star lineup intends to deliver. 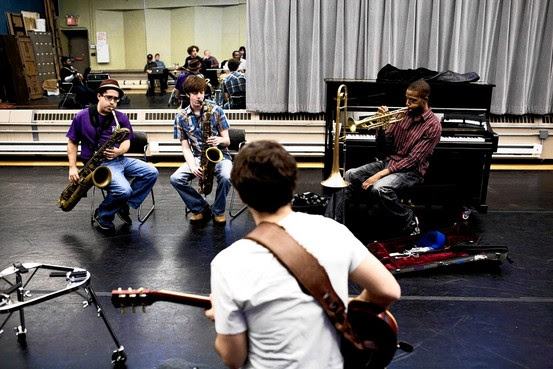 "You have the Great American Songbook and then you have the Great New Orleans Songbook," Mr. Andrews said. "A lot of people we're featuring, they had national hits—but they had local hits, too. And we all know that material."

BAM's Howard Gilman Opera House will host shows on Friday and Saturday night. The lineup includes Dr. John, Irma Thomas, Kermit Ruffins, Ivan Neville—could there be a celebration of the city's music without a Neville on stage?—Marc Broussard, Ledisi, members of the Dirty Dozen and Rebirth brass bands, and the rap duo Partners-N-Crime. It's the latest event in BAM's multiartist series conducted in collaboration with Red Hot, a nonprofit production company that raises funds and awareness to fight AIDS and HIV, and will help benefit the New Orleans-based NO/AIDS Task Force.

Meanwhile, nearby at the BAMcafé, the New Orleans theme will continue after the main shows: Brother Joscephus and the Love Revival Revolution Orchestra—they'll be joined by local DJs the Dustbin Brothers—on Friday; and the boisterous Funky Nation with Big Sam Williams on Saturday.

"I played with mostly all of them," Mr. Andrews said of the acts on the main-stage bill. "Numerous times, in fact." The exception, he added, was Ledisi, the R&B belter. They've never worked together, he said, "but we're good friends."

Mr. Andrews, 24 years old, is an ideal choice to bring together several generations of New Orleans musicians. His grandfather, Jessie Hill, played with Professor Longhair and Dr. John, and sang the Allen Toussaint-produced R&B hit "Ooh-Poo-Pah-Doo." It's said Mr. Andrews ran his first band when he was 6 years old; he started playing with the trombone before that: You can find pictures online of him struggling with an instrument twice his size, which may explain his nickname. He's been recording since age 16; his latest album, "Backatown" (Verve), is a jazz-funk mix rooted deeply in his hometown. He and his brother James, a noted trumpeter who's also on the BAM bill, performed "Ooh-Poo-Pah-Doo" during an episode of "Treme," the HBO series set in the neighborhood where the Andrews brothers were born.

Mr. Andrews said BAM approached him more than a year ago about curating an event. "We just had New Orleans and me," he explained. In time, the concept was refined. "We'll play the legendary tunes of New Orleans. You'll get a bunch of different music coming at you." He called the program "a musical gumbo."

Mr. Ruffins, the trumpeter and co-founder of the Rebirth Brass Band—and also a featured actor on "Treme"—said each of the leaders submitted five songs for consideration. He'll be paying tribute to Louis Armstrong with a cover of "What a Wonderful World" and performing "More Today Than Yesterday," a track on his new disc "Happy Talk" (Basin Street). But there's room for spontaneity, too.

"I just look at the audience to see whether they're sit-down or get-funky," Mr. Ruffins said. "I play around until I see what they like."

Like Mr. Andrews, Mr. Ruffins has played with just about everybody on the bill, too—except, surprisingly, Dr. John, a fixture of the city's music scene since the 1950s. "I've been in his company many times, but we never did play together," Mr. Ruffins said. "That will be really special for me."