While Eminem, Bruno Mars, Lady Gaga and Katy Perry were some of the bigger names recognized at the Grammy nominations ceremony last night, Louisiana owned the Contemporary Blues Album category. Traditional Louisiana Grammy nominees Lil Wayne, Terence Blanchard and Irma Thomas are on the bench this year, but television gives Louisiana some of its best hopes for Grammy gold.

Many of the best-known Cajun and zydeco musicians didn’t record this year, which will make the Best Zydeco or Cajun Music Album particularly interesting. The nominees are Zydeco Junkie by Chubby Carrier and the Bayou Swamp Band (who’ll play OffBeat’s Best of the Beat Awards Friday, January 28), En Couleurs by Feufollet, Happy Go Lucky by D.L. Menard, Back Home by the Pine Leaf Boys and Creole Moon: Live at the Blue Moon Saloon by Cedric Watson et Bijou Créole. 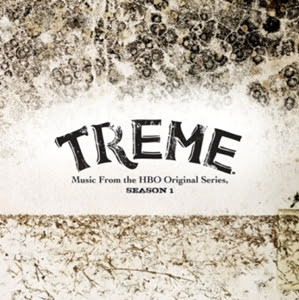 Louisiana got two nods in the Best Compilation Soundtrack Album for Motion Picture, Television or Other Visual Media, one for the Treme soundtrack and one for True Blood, Vol. 2. They’ll be up against the soundtracks for Crazy Heart, Glee: The Music, Volume 1 and The Twilight Saga: Eclipse.

In the Best Song Written For Motion Picture, Television Or Other Visual Media, Steve Earle is nominated for “This City” from the Treme soundtrack. Randy Newman’s nominated for “Down in New Orleans,” which was performed by Dr. John on the soundtrack to Disney’s The Princess and the Frog, and one-time New Orleanian Lucinda Williams’ “Kiss Like Your Kiss” – sung by Williams and Elvis Costello – is nominated from the True Blood, Vol. 2 soundtrack. Also in the category are “I See You” from Avatar and “The Weary Kind” from Crazy Heart.