Revered during his day as a keyboard master (on piano and organ both) and a dude with a talent for living on the edge (over which he eventually plummeted), James Booker wove his way in and out of the fabric of New Orleans music from his early days in the 1950s through his untimely death in 1983 (he was only 44).
Booker was not only gay at a time when that would have made his life difficult on a number of levels, but was also – sadly - an alcoholic and a junkie.

Anders Osborne spikes his new songs with his latest struggles

On a hot September afternoon, Anders Osborne faced a microphone -- and his transgressions -- in the piney woods of Bogalusa.

He had retreated to Studio in the Country to record a new batch of roots rock, blues and ballads, much of it autobiographical. The midtempo "Echoes of My Sins," spiked with swooping slide guitar, was especially telling.

Sonny Landreth: From the Reach

Sonny Landreth’s From the Reach initially might seem as if it has joined the protest party rather late. Landreth has slowed down the pace of his recording projects over the past 15 years, and as a result, the endeavor is his first solo set since the disaster occurred. Fittingly, he wastes no time in addressing the concerns that have been weighing upon his mind. Blue Tarp Blues, the album’s opening track, is a biting indictment of a cultural climate that allowed Third-World conditions to invade American shores.

Mostly, however, Landreth uses From the Reach to delve into the fertile ground of relationships. He pours over the slow decay outlined in Storm of Worry. He burrows into the wistful reminiscence of When I Still Had You and revels in the lusty intoxication of Howling Moon. Although Katrina’s blowing winds, driving rain, and rampant devastation continually hover over the proceedings, the outing is doused in optimism as Landreth holds out hope that the future will be better than the present. 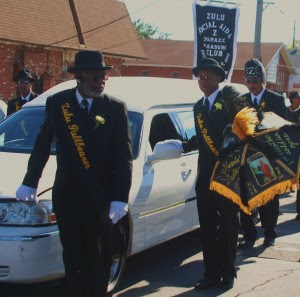 Harold Dudley was the Grand Marshal for the Zulu Social Aid and Pleasure Club from 1974 until his retirement 30 years later. His role, like that of all grand marshals in the city’s jazz funeral tradition, was to convey the emotions of the moment to the onlookers at the beginning and the end of the funeral procession. Dudley is in the pantheon of grand marshals because he was a master at representing the solemnity of the occasion. In his obituary he was called, the grand marshal of them all.”

The Preservation Hall band is now an intergenerational unit with young musicians such as Ben Jaffe on tuba, William Smith on trumpet and the Bingo! Show’s impresario Clint Maedgen on saxophone, joining traditional jazz icons like Maynard Chatters on trombone and Joe Lastie on drums. The lack of similar lifetimes didn’t matter one bit. They sounded great. Smith and Maedgen took vocal turns, as did Chatters. They brought out the powerhouse vocalist Thais Clark for a number and she brought down the house. Curiously, they ended their set with “When the Saints Go Marching In.” Perhaps the tourists, most of whom were unprepared for the drastic change in weather that greeted them when they exited the tent, were also unaware that a request for “The Saints” at the band’s headquarters on St. Peter Street in the French Quarter requires a significantly larger donation than any other song in the band’s vast repertoire.

Billy Iuso is a singer/songwriter-guitarist. He performs with his band, Billy Iuso and the Restless Natives, the 101 Runners, and as a solo artist. 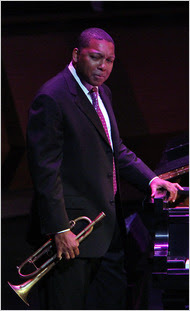 His music — as heard on Thursday in Jazz at Lincoln Center’s Rose Theater, the first night of a three-night stand dedicated to his own work — makes life studies of people coexisting through history, in music, love, migration, families, church, slavery. Nearly every piece came with some kind of lesson, implicit or spoken, about judicious plurality. Mr. Marsalis locates lines and looks across them — lines of generation, culture, race and creed — then celebrates whatever he finds worth passing on to the next generation. His music, and his thinking, carry a blues optimism that things will work out by themselves. But he also wants to use his position to shape history, and his ambition to do so is out there on a stalk. ClydeKerr Jr. – This is now!


For the first time in his over 40-year musical career, Clyde Kerr Jr. steps up to release his debut album as leader. The renowned New Orleans trumpeter/flugel­horn player and educator immediately displays his great presence on the powerful opening, title cut, This Is Now! The tune bursts into the air artfully balancing jazz’s embrace of freedom with a sense of unity and structure.

“I wanted it to set the tone of the CD,” Kerr explains and adds that unlike most of his original pieces on the disc, this composition was newly penned. “I also wanted something for Kidd to stretch out on,” says Kerr referring to his longtime partner, saxophonist Edward “Kidd” Jordan. The trumpeter has worked with Jordan since the 1960s when they would play at house parties. The duo has also shared the front line of Jordan’s and drummer Alvin Fielder’s progressive Impro­visational Arts Quintet since 1975. 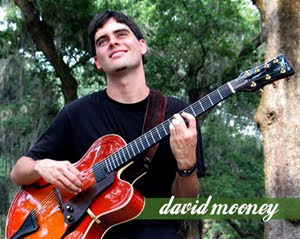 Davy Mooney hails from the Crescent City, our kind of town, and attended the well-regarded music program over at the University of North Texas. Now he's up in NYC and like the other three plectrists in this piece, and is looking to stand out there. What stands out right away about Mooney is that he's not a six-string specialist...he plays a seven-string guitar instead. It gives him a little fuller and richer sound. But fear not, Mooney doesn't believe that more strings means cramming in more notes, he's too tasteful to fall into that trap. Mooney quickly follows up his guitar duo album with John Pizzarelli (Last Train Home (2009)) with Astoriano, a collection of nine originals and two covers. Mooney leads a cohesive base trio of himself, bassist Matt Clohesy and drummer Simon Lott, and adds in sax player John Ellis and organist Brian Coogan on select tracks. The songs all fall within the realm of post-bop with some light Brazilian touches here and there, but with interesting chord progressions and guys are given ample room to stretch. The arrangements are pretty good, too: John Coltrane's "Countdown" (evidently a popular cover amongst the LateSet crowd) is revitalized by a samba beat and some fantastic groovin' between Mooney and Clohesy. While the mood varies from song to song, Mooney and his crew maintains a strong sense of swing. With the fundamentals as a performer, composer and bandleader already down pat on Astoriano, the sky's the limit for Davy Mooney.

Earlier in the week, the Times-Picayune announced that the marquee lights of the Saenger would be relit for the first time since Katrina. Although for years now I had been been mourning the Saenger every time I went by it, thinking that nothing had been done since the Storm, it turns out, according to the article, that a consortium of developers (with experience restoring historic old theaters) have been toiling behind the scenes. The T-P reported that on Thursday, the public would be invited to see the long hallway into the theater, with displays of photos of the Saenger in the past and plans for its glorious future. I was SO excited!